Revolting Cocks' final studio album of their original, early era was Linger Ficken' Good … And Other Barnyard Oddities. It was released in 1993, making it the 25th anniversary this year, and it was released via Devotion for the UK/European market and Sire Records for the USA/Canada/Rest Of World market. It's not been reissued but Sire Records did release the album digitally in the 00s (their market areas only). There were two singles taken from the album: Da Ya Think I'm Sexy? (an awesome cover of the Rod Stewart classic) and Crackin' Up (a track heavily laden with samples from the films Dirty Harry and Boyz N The Hood). Videos were also filmed for both singles and are officially available to buy via iTunes: Da Ya Think I'm Sexy? | Crackin' Up (Sire market areas only). For the album, collectors should look out for the UK/European double vinyl LP (the only version on vinyl!) and UK | USA promo cassettes.

Products For "Revolting Cocks - Crackin' Up"

Also celebrating its 25th anniversary this year is the Revolting Cocks' single Da Ya Think I'm Sexy?. Devotion released both the 12" vinyl and CD singles in the UK/Europe with the most ridiculous packaging: sealed PVC sleeves containing actual K-Y Jelly lubricating gel!!! They are a sight to behold if you can find one that has survived the pressures of time, which has, unfortunately, made most of them either dry up and/or discolour. We never bought them at the time so no pictures at the moment, we're sorry (if you have one, do contact us). In addition, apparently some early copies came with a flyer that has a photo depicting Al and Paul literally with their cocks out - we don't have that either! We do, however, have the very rare UK stamped white label promo in original company sleeve: 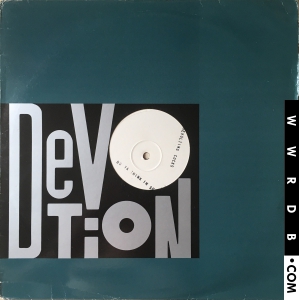 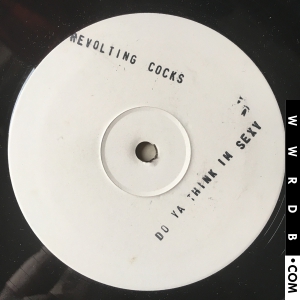 Link to this article = https://www.wwrdb.com/article/cn/wtf/waxtraxfriday_20180629.php (how to link to this web site - details)
Article number = 62